I first drove into Ten Sleep under cover of Washakie County darkness. The dark ribbon of highway unfurled through the silhouettes of foothills, a seemingly stark landscape in the late-May dusk. My father joined me on the ten-hour road trip from my hometown of Montrose, Colorado to the Nature Conservancy Preserve at Tensleep, and by hour nine we were wiping sleep from our eyes and scanning the radio for anything to keep us awake. We missed the turnoff not once but twice, and finally rolled over the cattle guard at nearly 11 pm. A few more turns down the winding dirt road, through an unmarked rope gate, and up the hillside lay Wilke’s Cabin, where I would live alone for the better part of three weeks. 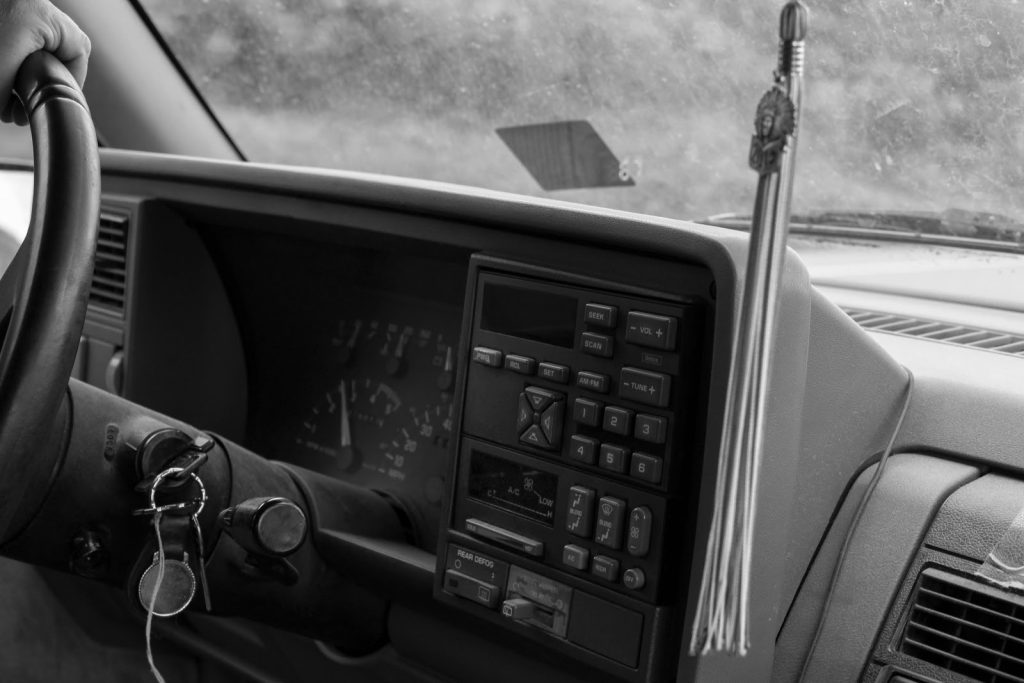 The GMC Yukon, Our Trusty Steed 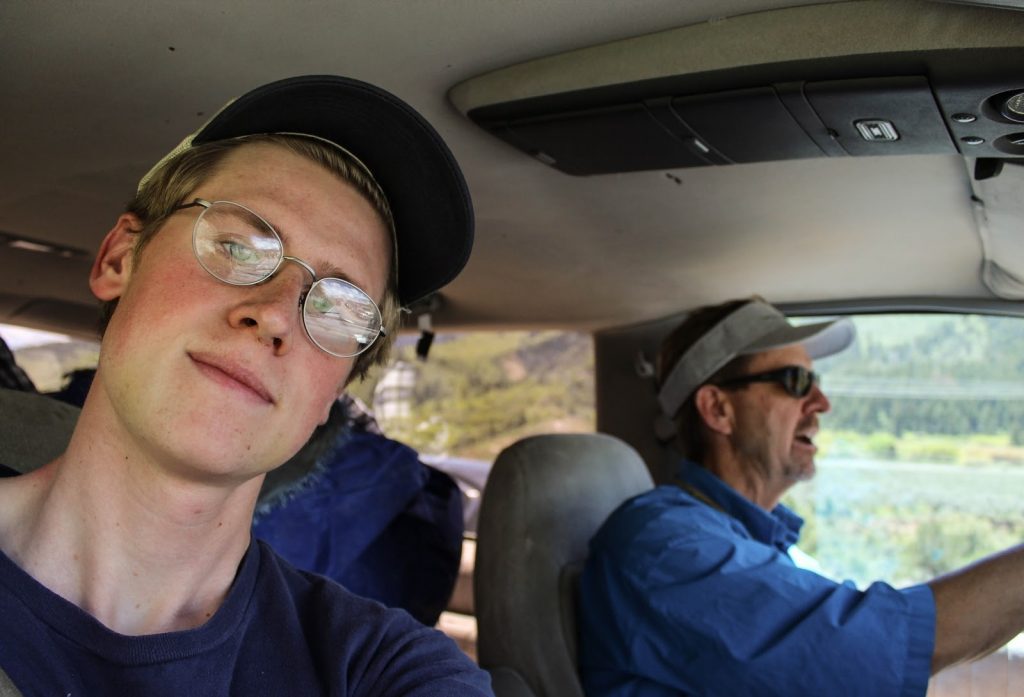 My Father and I On the Drive Up

I first came to Tensleep with a somewhat intangible purpose: to better understand the social and political underpinnings of cutthroat trout conservation in the West. I came to Tensleep in pursuit of the lingering questions I had after collaborating with UHPSI on a management handbook for nonnative trout eradication, namely how nonnative trout eradication and native trout reintroduction influences the human communities that place symbolic value on recreational fishing. I wondered how local sportspeople might view reintroduction differently than an idealistic outsider, and I wondered if it was possible to do this work without being that outsider myself. 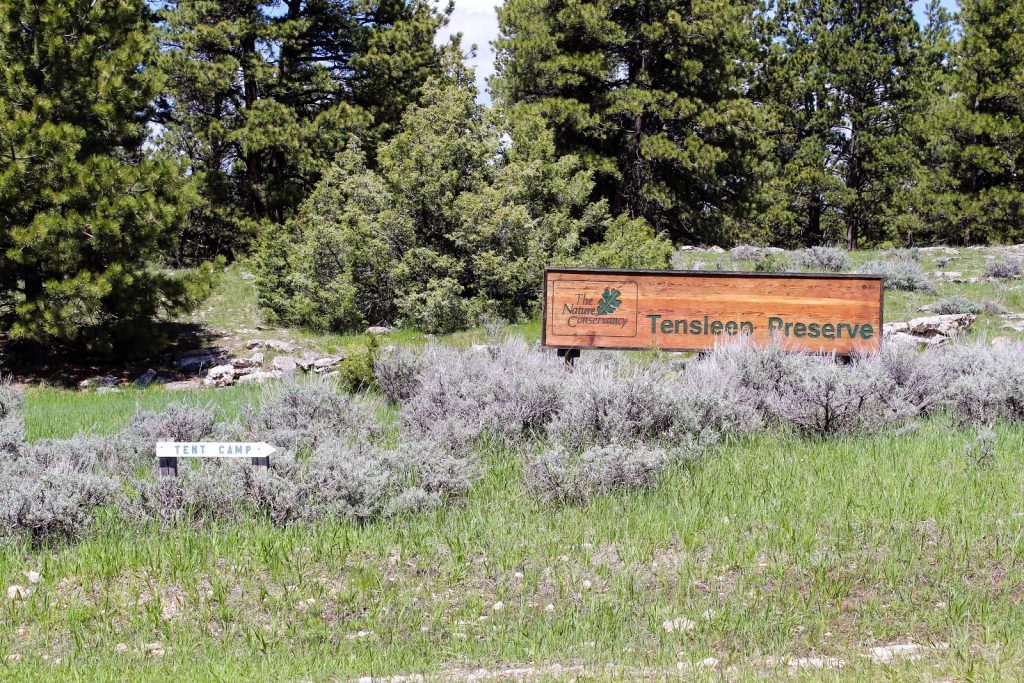 The Road Into Tensleep

But on that first night at Wilke’s, I came to Tensleep simply to better understand my father. By the dim overhead light of the cabin’s electric bulbs, my dad and I sat at his vice grip and tied flies. My interest in trout conservation stems from moments on the water with my parents, once professional fly-fishermen themselves, who taught me how both how to put a fly on the water but also why native trout were worth preserving. For my first two days at Wilke’s, my father and I hiked, tied flies, and talked trout. We watched as the sun painted the Bighorn hillsides bentonite-red and green, and absorbed our first experiences on the Tensleep property together. Those conversations, and the uncountable ones that came before trout ever became an academic pursuit for me, were essential in guiding my initial research questions.

After my father returned home, Wilke’s became my homebase and refuge. Not unlike a 21st Century western Thoreau, I spent my mornings and evenings hunched over my moleskine journal debriefing and processing every day’s discoveries. Wilke’s Cabin itself was a discovery, one of my first and favorites. Nestled in the southeast corner of the 9000-acre preserve at Tensleep, Wilke’s Cabin is a reminder of the dynamic human impact on the landscape. Originally the construction of a Mr. William Wilke in his grief for the death of his wife and son, Wilke’s hide-away later became the property of the Girl Scout’s Western Headquarters and eventually the Nature Conservancy’s lodging for their long-term guests. It is a cabin literally composed of its history, in everything from the eccentric star engravings on the wrap-around porch to the collapsed cellar below the floorboards. 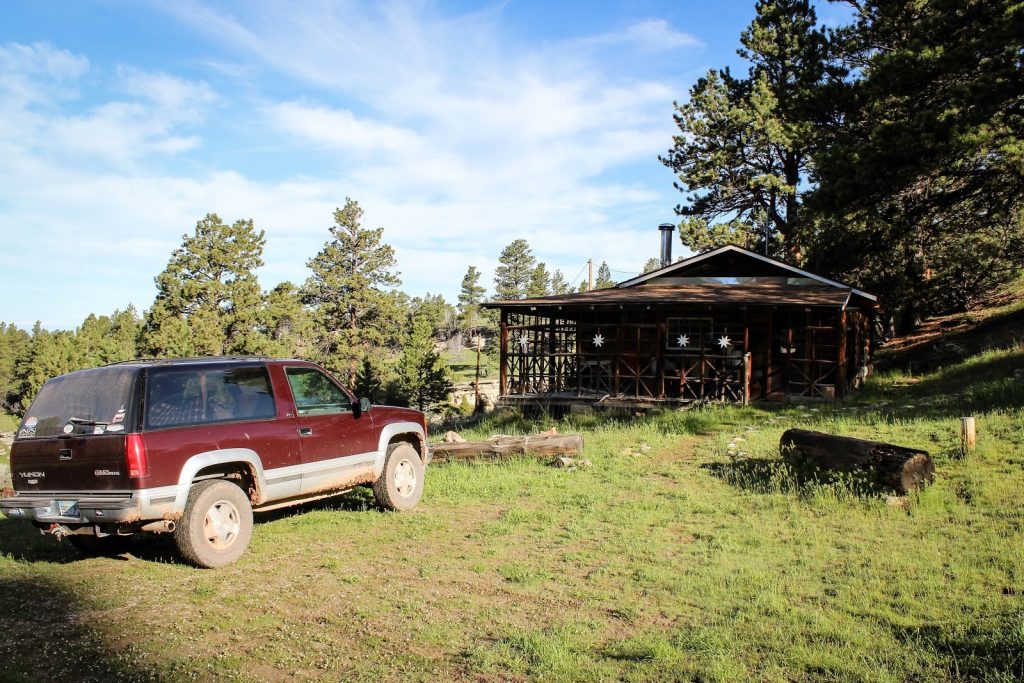 Wilke’s Cabin and the Yukon

My research in those three weeks took me from Wilke’s to Cody, WY to Bozeman, MT in search of new perspectives and insights into perceptions of native trout in the Mountain West. But most importantly, my research connected me to Tensleep’s two stewards and naturalists: Josh Criswell and Trey Davis, whose stories and philosophies have filled my notebook pages and dinner conversations ever since.