Throughout our two weeks with Ranch Crew we became intimate with the Forks Ranch. Assessing ground cover and clipping grasses to measure biomass, we came to understand the natural characteristics of the ranch. We also came to appreciate the deep history of the place through our hosts Cole and Elaine Benton of Grizzly Outfitters. Cole has worked on the Forks and the lands surrounding the ranch since he was seventeen years old. The Benton’s were a wealth of knowledge, sharing their experiences guiding hunters, raising cattle and fighting range fires in this broad expanse of northern Wyoming. Through this experience with the land and those who knew it well, we were able to put together a picture of the landscape that encompassed the ecological and social history of the local rangelands.

Originally part of the Kendrick Cattle Company empire of northern Wyoming and southern Montana, the Forks is now operated by Padlock Ranch based out of Dayton, Wyoming. In addition to the Forks, Padlock also runs two ranch units in Montana on and adjacent to the Crow Indian Reservation. At their Dayton location, the ranch company also operates a farm operation that provides feed for cattle. We were fortunate to tour Padlock’s farm with CEO Trey Patterson and learn more about the entire farm and cattle business. The impressive hay and corn feed operation makes the enterprise more resilient in the face of the region’s harsh climate. 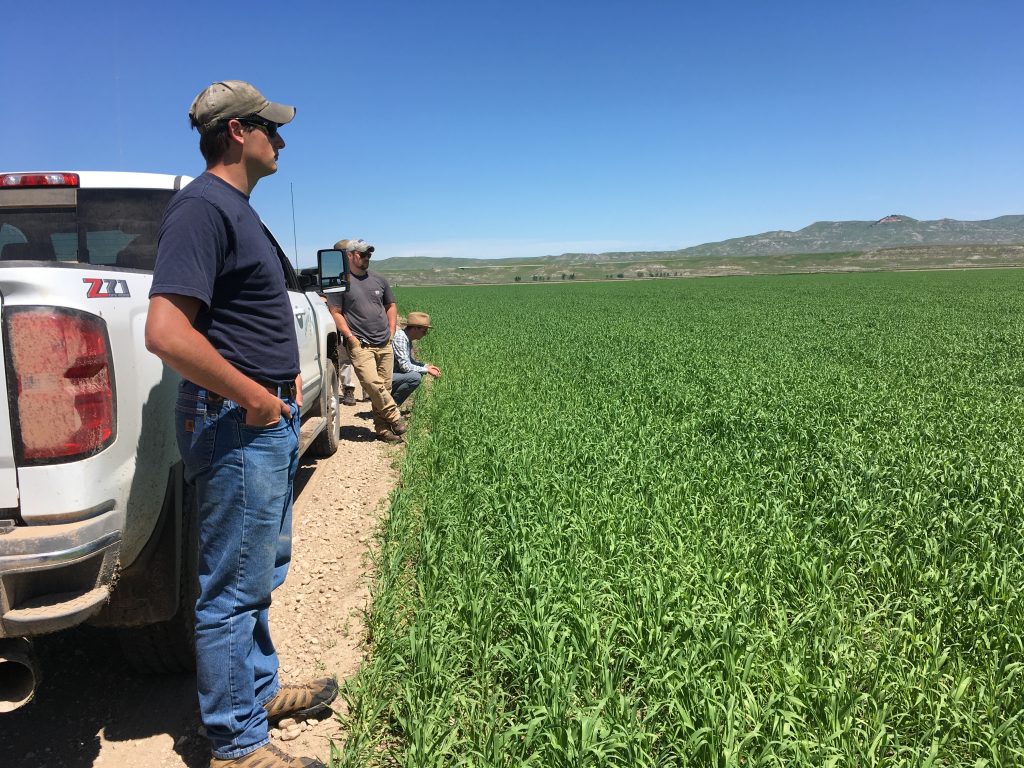 On the arid grassland where the mixed grass prairie meets the sage brush steppe, rangeland fire is a recurring theme and a consistent concern for land managers. Trey described fire as just one more complex variable inherent to the ranching business. In September 2017 what started as a small fire on the Fork’s northwest border grew to nearly 100,000 acres, burning much of the Fork’s pasture, which is often used as winter forage. Padlock was fortunate that their farm operations were able to provide hay and corn feed to supplement the forage lost during the fire. Ranch Crew’s work to assess the forage on the Forks roughly nine months after the fire will provide Padlock with important information needed to manage the ranch, bringing some assurances to an increasingly complex operation. 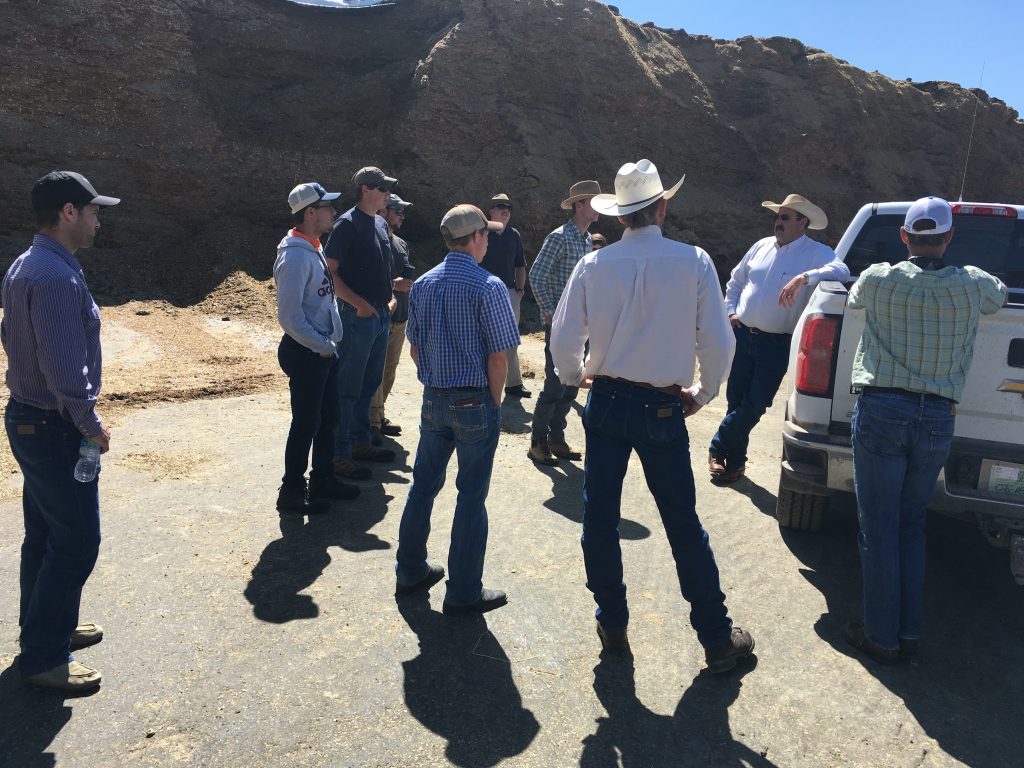