Emma Crow-Willard is working on a film set in Montana. Follow along with her and learn about life in a small town. 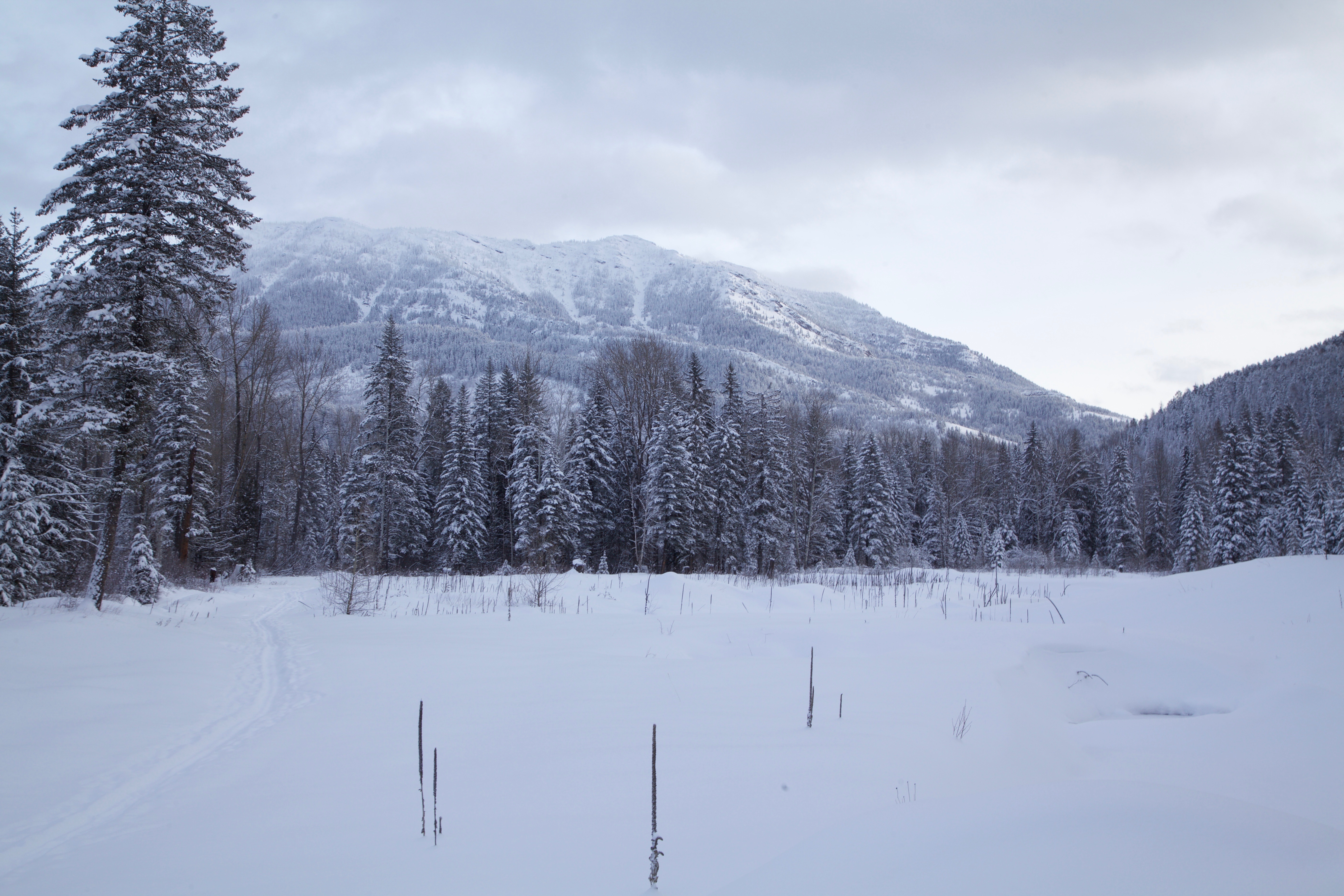 I landed in Kalispell tonight. Despite spending my entire summer here, I’d never flown into the airport. Looking down from the plane, I could see patches of snow lit up by sparse lights, characteristic of a rural landscape. I found a taxi driver and put my Airbnb address into my smartphone for him. As we drove away from the airport he mentioned to me that his mother had just died four days ago, and his house was full of family and mourning and he just needed to get away, so he went into the station. I sympathized with him and we chatted about his life out here. He’d lived in Kalispell his whole life. In the fall they go archery hunting, rifle hunting in the spring. And in the summer, he works on race cars. He has a son, 30 (my same age) who is excited about working on cars too. But he said he wants his son to “get his shit together” first, before he starts a job as a race-car repair man. As for himself, he’s over going to the bar every night. That’s for the kids. Now he’ll just do two drinks and be good. 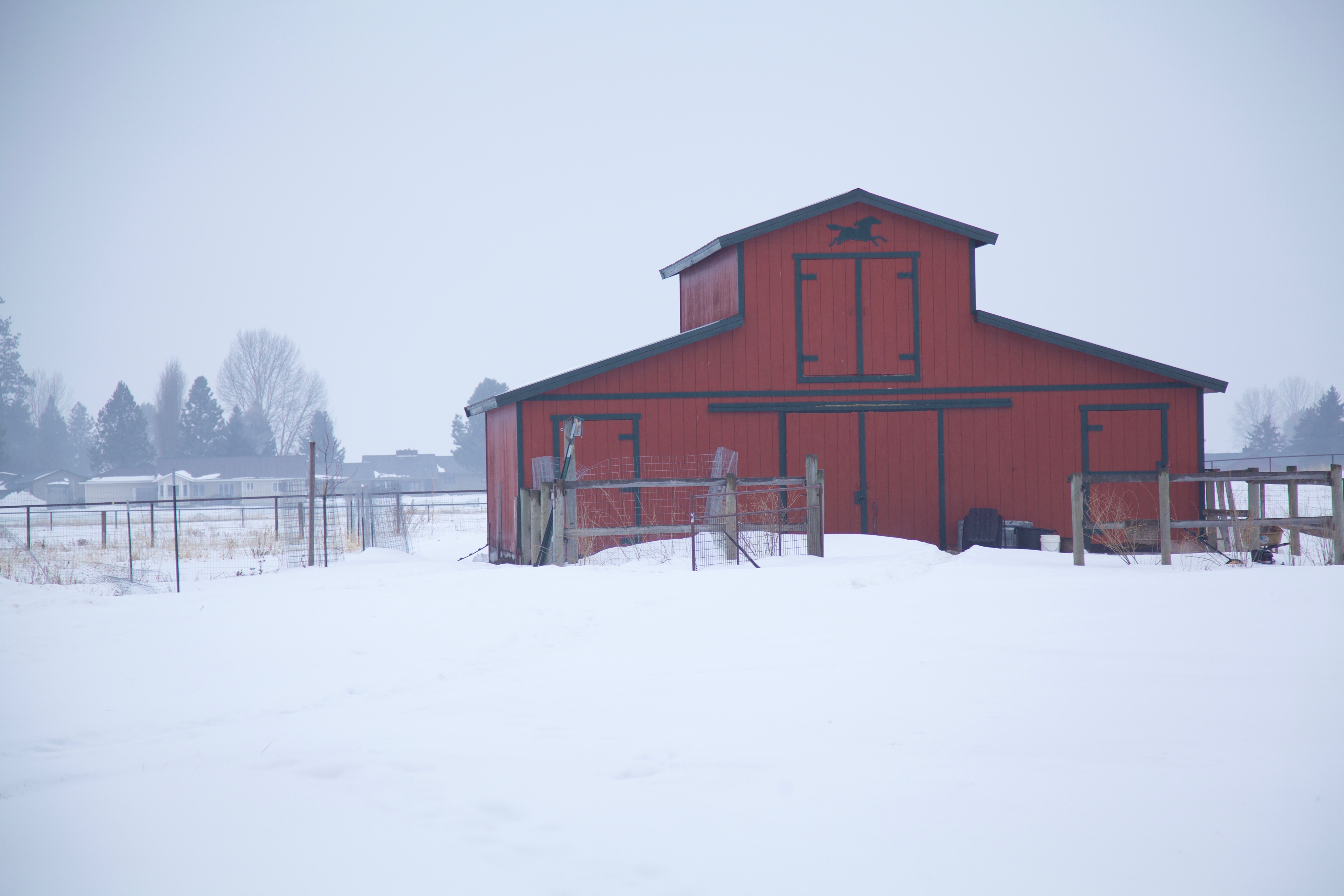 A barn in rural Montana

Many of the folks I met in the Crown of the Continent were gun owners, enjoyed hunting, tinkering with cars, and a drink or two every night. They’d lived here their entire lives. This is what small town feels like.

We drove past a house with a confederate flag. I cringed at the hostility. How different my experience would be in this town if my skin was not so pale. My host at the Airbnb, only a block away from the confederate flag, was a sweet middle-aged woman. A liberal, I thought. But as I told her my plans for the week, she mentioned that Browning, the capital of the Blackfoot Indian Reservation where I’d done some interviews for my film, was unsafe because “they’re still mad they got the bad part of the treaty”. She was referring to the treaty that gave a portion of their reservation over to the US Government, to become Glacier National Park. Her words were off-putting. The confederate flag, the taxi driver, the country songs on the radio, the Airbnb woman, all the white people on the plane, got me thinking about small town America, and why people stay and choose not to expand their horizons, their knowledge, their experience, their friends. Why people of color stay in the city, and small-town conservatives stay in the country. 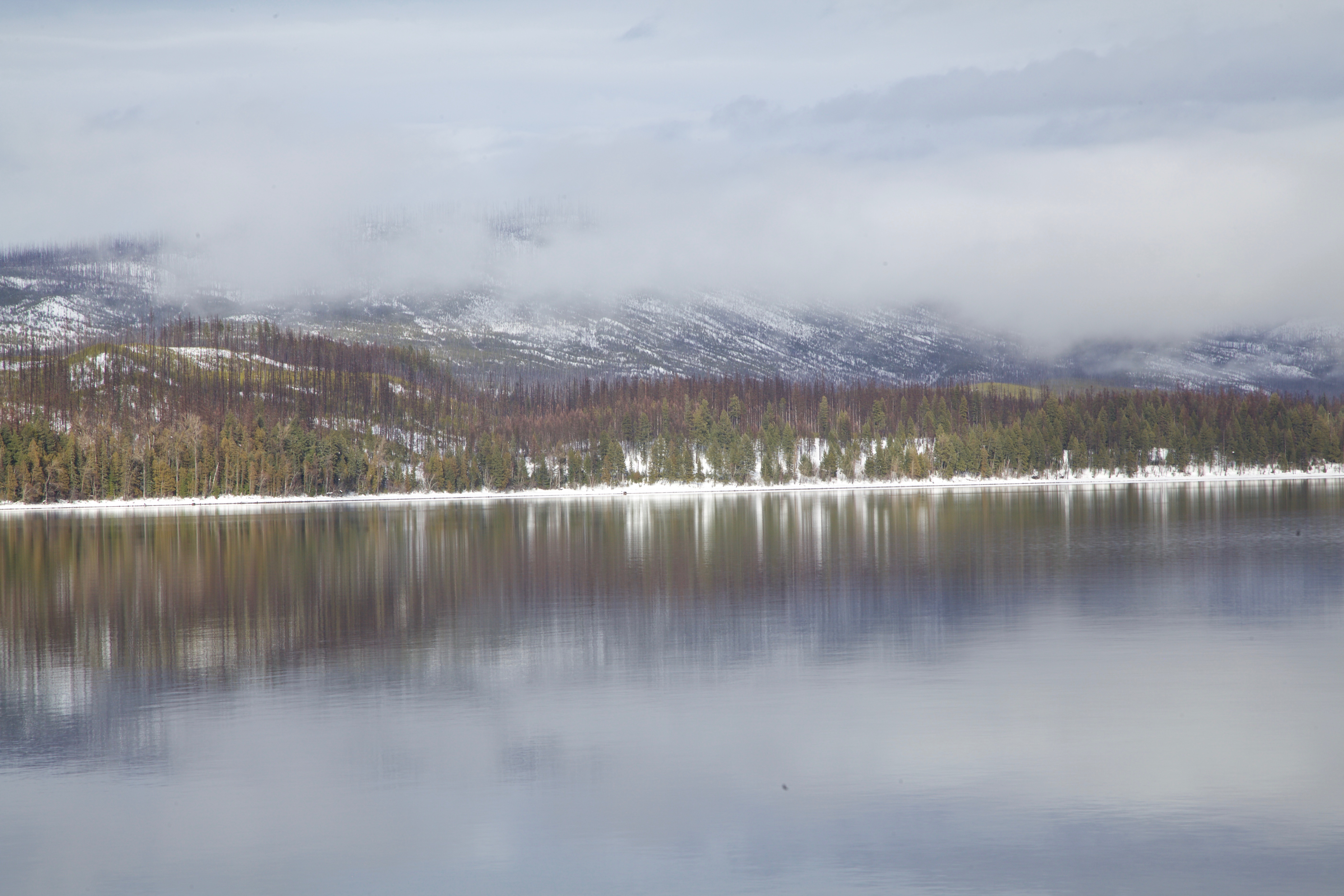 It’s easier I suppose, simpler, to stay around people we are familiar with. People who share our common heritage, culture, beliefs, struggles. In these safe places, we get sympathy and support. We are comfortable. But comfort does not mean happiness, and could just mean complacency. When we are comfortable, why take risks? I think sometimes we confuse familiarity with happiness. 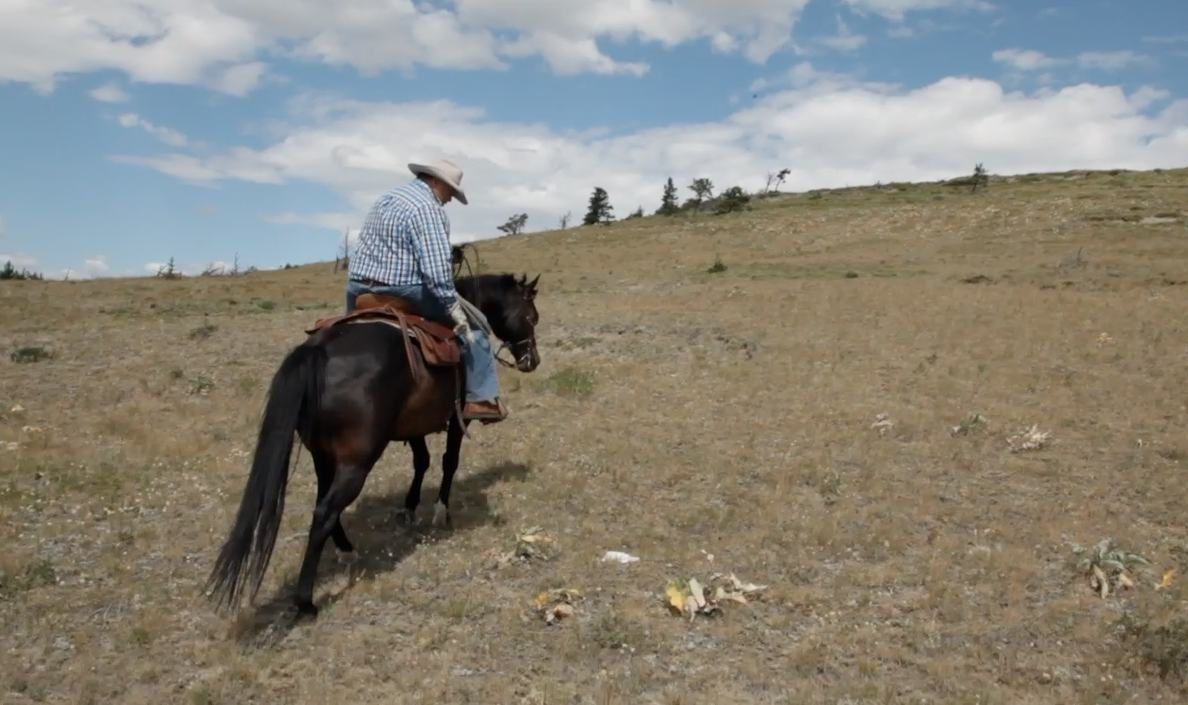 Joe, a cattle policeman, on horseback

“When people don’t manage their fencing, you get escaped cattle. Then people will call in and complain.”

Joe’s a cattle policeman. He gets paid by the tribe to go around the reservation by day catching runaway cattle and returning them to their home pasture. He loves his job. He has six horses he’ll use in the summer for riding around and repairing fences, or herding cattle from the summer to their winter pastures and vis-versa. In the winter, he uses his truck. It’s too cold for long horse rides.

There’re a lot of unmanaged fences on the reservation. Driving and biking around this summer I often encountered cattle or horses on the road. As I was riding my bike down a hill, one cattle even aimed a kick at me. Today, as I drove back into Browning I saw a horse standing over a patch of bright red blood, glistening against the white snow. It was far from the road, in its corral so I figured something had died there, and the horse was eating it. Several magpies were scattered around the bloody area, some sitting atop the horse. I pulled over to take some photos. I was curious what the horse was eating. As I got out of my car I noticed a large splatter of blood on the side of the road, but I didn’t see any body. Strange, I thought. Must have been road kill that was removed. I took some pictures but I still couldn’t identify what was under the horse besides blood. As I got back into my car, a pickup pulled up behind me. A Blackfoot man got out and came to my window. I figured he was just checking to make sure my car hadn’t stalled out on me. I informed him all was well, I was just admiring the mountain view. I didn’t want to tell him I was examining the horse and bloody snow since that seemed a bit morbid. He looked over at the horse and said, we’ll have to put him down. That’s when it clicked. The blood on the road and the blood under the horse, were all coming from the horse. 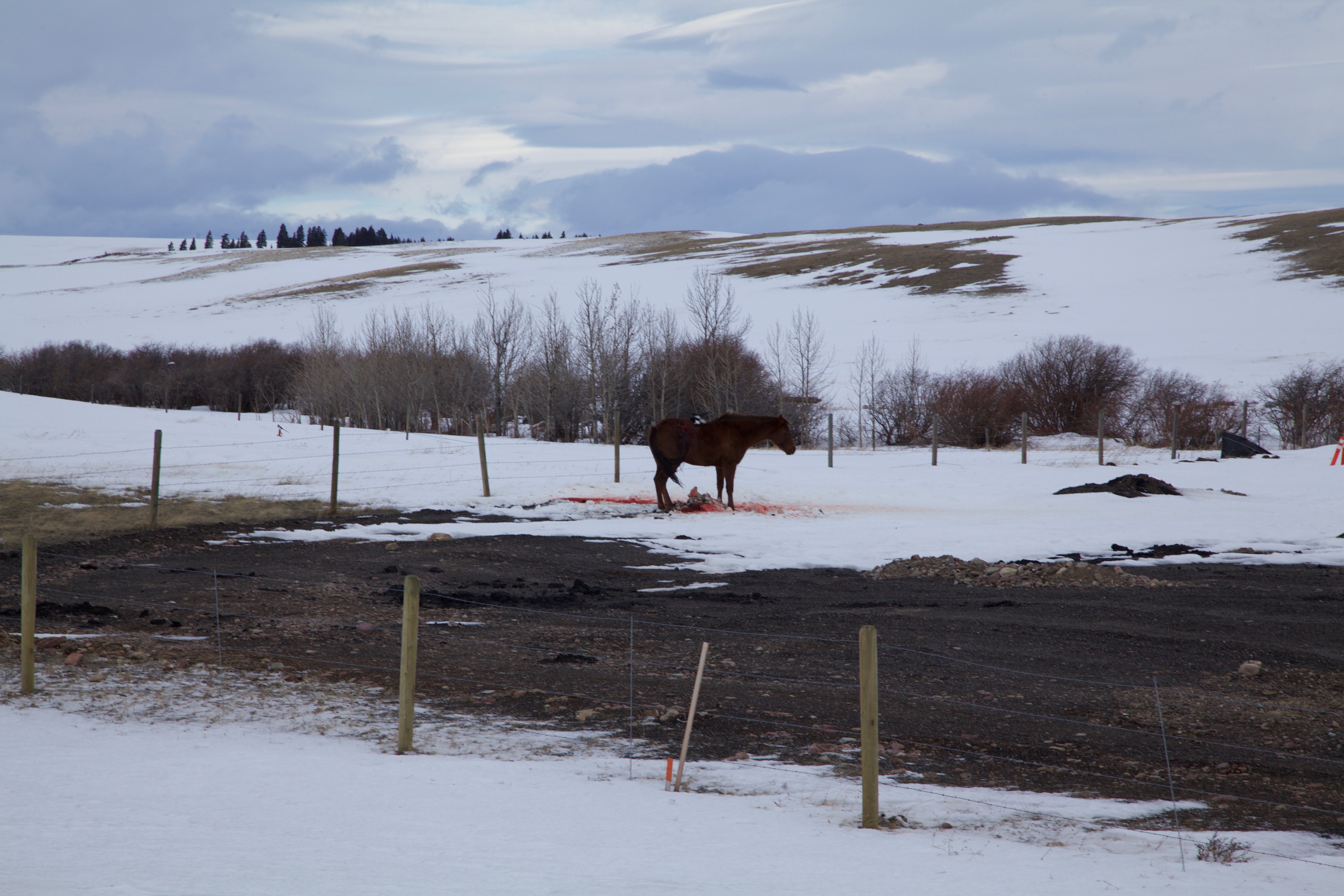 A horse that appeared to have been struck by a car

The magpies were sitting on the horse picking at its wounds. With this new information I looked back and saw that there was a wound, on the side of the horse. It had been hit by a car. Oh no! I said. The man headed down the snow-covered hill to the horse to check on him. I hope he hadn’t thought that I hit the horse. I wonder if he was a ranch policeman just like Joe, and had been summoned to the scene by a caller reporting a horse in the road. What would that horse’s owner do now? That looked like his only horse. Why hadn’t he just fixed his fence?