These past few months have been a big eye-opener to me about the importance of soil and understanding nature. I personally have never been a very outdoor person, unless the occasional trip to the beach counts, and never really knew much about soil, carbon in soil, and other nature-related things. However, this past school year I was connected with the Quick Carbon team at the Ucross High Plains Stewardship Initiative (UHPSI) and was able to get an understanding of science and the importance of soil.

This summer through the Western Research Fellowship offered through the UHPSI and the Center for Engineering Innovation and Design Fellowship, my partner and I will be building a soil dryer for the Quick Carbon team. This project originally started in an engineering class at Yale University in Fall 2017, when the Quick Carbon crew was one out of six clients to propose a problem for us engineers to solve. Through randomization, I was placed in a group of 4 students and was assigned to help solve the Quick Carbon team’s problem. Their initial proposal was that they needed a portable device that can dry 5 grams of soil in under 5 minutes. Why would they need such a device, you may ask? Well, they recently had come up with a way of testing the level of carbon in soil through light spectrometry, this basically means that the color of the soil correlates with the amount of carbon in it. However, when the soil is wet the soil becomes darker and thus interferes with the readings and that is where my group comes in. So for the rest of the class, my group brainstormed on the different ways we can remove the water from the soil: we looked at centrifugation, heat, vacuums, etc. By the end of the class, we had a device that combined heat and a vacuum to extract the water from the soil. The device used a heating pad (that reached 80 degrees Celsius) and a desiccator and we were able to dry one soil sample of five grams in five minutes. This device was great if it stayed indoors, however it had a lot of issues when out in the field, henceforth this summer the goal was to improve the device. 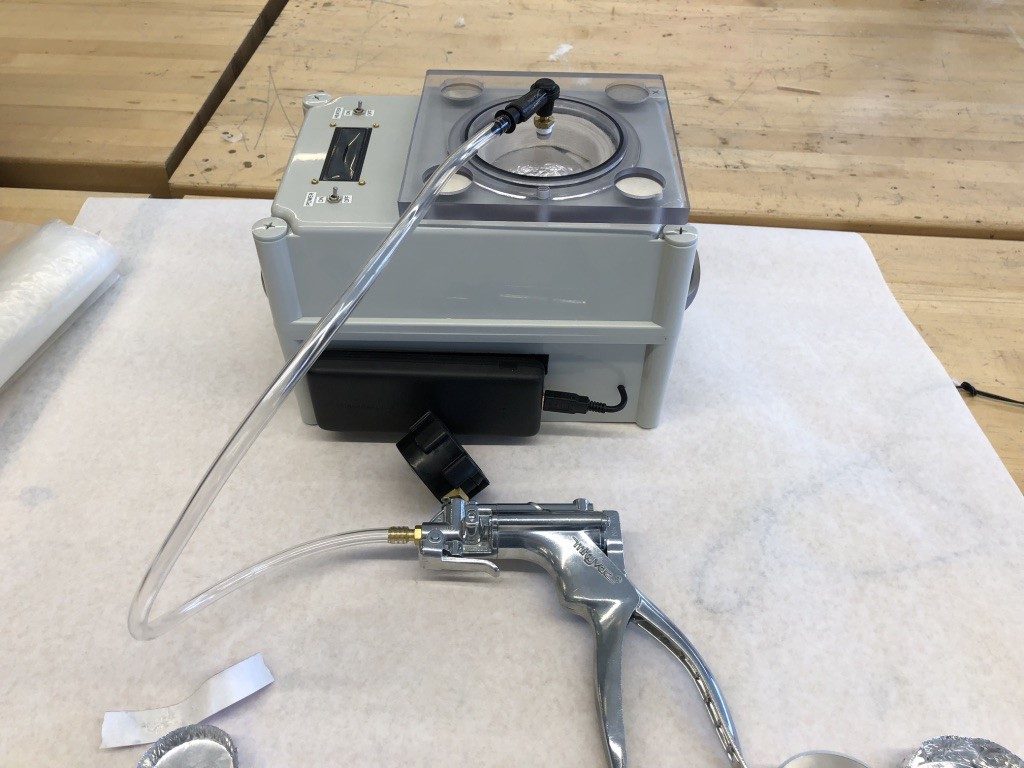 One of the problems was the desiccator, creating and maintaining a vacuum was a lot harder than anticipated as well as not ideal with all the soil that can interfere with the seal. Thus, we got rid of the vacuum. The next issue was the size of the device. The device was too bulky to place in a bookbag and thus would be difficult to carry for the field techs since they had a lot of other equipment. My partner and I really wanted to reduce the size of the device by at least half and were able to accomplish that. The last main issue that was found when used in the field was the amount of time the soil took to dry. Since the field techs have to take 50+ samples a day, 5 minutes was too long for each sample that needed drying, so UHPSI wanted us to aim for 2 minutes or less, which we were able to accomplish with slight modifications to the drying method. For the new prototype, we decided to include another heating pad that would wrap around the inside of the entire chamber, a small fan that would flush out the humidity, and an increase in temperature of the heating pads (200 degrees Celsius). 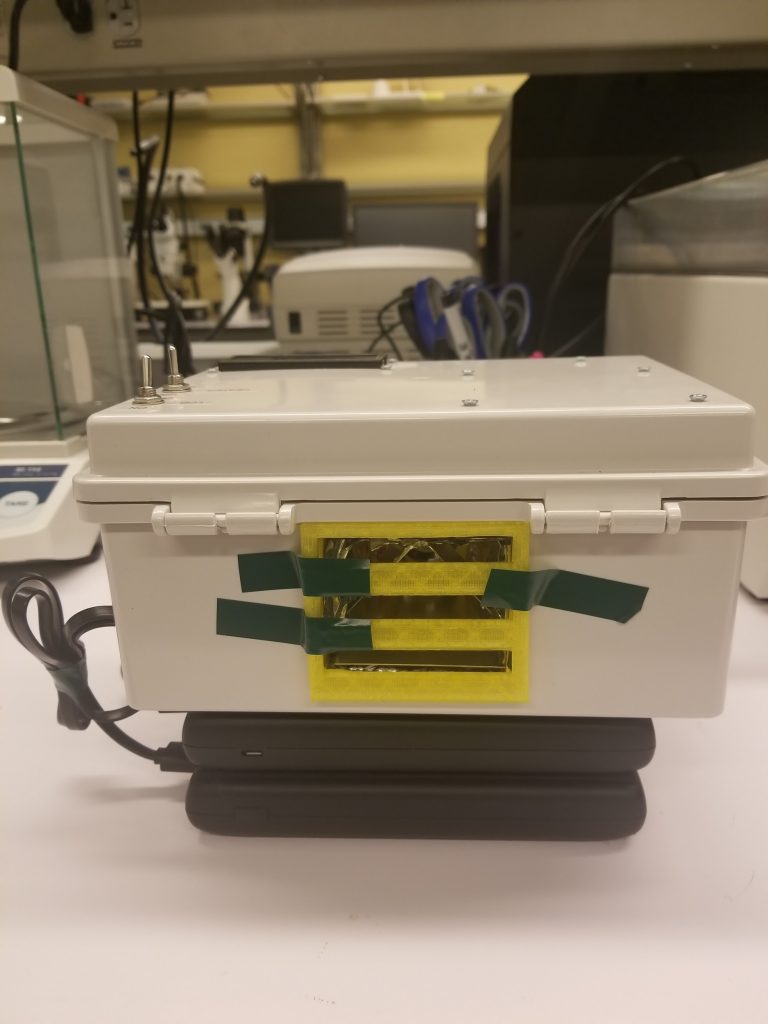 Even though the hard work of figuring out which method is best to dry the soil is done, there is still a lot more to be done, such as power issues, and will be dealt with in the last few weeks of summer.